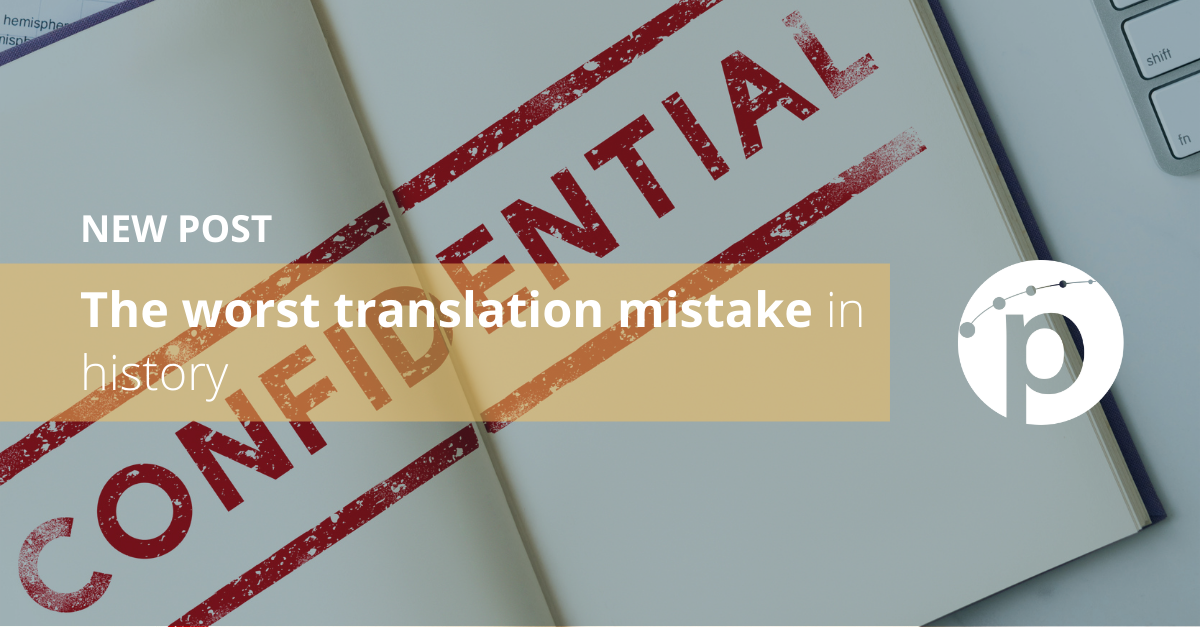 The worst translation mistake in history

translator translation human translation Blog languages translation services translate
The National Security Agency in the US declassified a document which points to what is likely to be the worst translation mistake in history. Or, at least, it involves the most serious consequences of a mistranslation in history.

Although you can never know what would have happened without this error, it is very likely that the sad fate of Hiroshima was the result of a huge error in Japanese-to-English translation.

Hiroshima, the story behind a mistranslation

The story is as follows: in July 1945, the allied countries meeting in Potsdam submitted harshly worded declaration of surrender terms. After their terms were translated from English into Japanese, they waited anxiously for the Japanese reply from their then Prime Minister, Kantaro Suzuki. This ultimatum demanded Japan's unconditional surrender. The terms included a statement to the effect that any negative answer from Japan would invite "prompt and utter destruction."

Meanwhile, in Tokyo, newspaper reporters pressed the Prime Minister Suzuki to say something about Japan's decision. No formal decision had been reached and therefore Suzuki, falling back on the politician's old standby answer to reporters, replied that he was "withholding comment."  The Japanese Prime Minister stated he "refrained from comments at the moment." Mokusatsu was the key word that expressed his thoughts, a word that can be interpreted in several different ways, but that is derived from the Japanese term for "silence."

As can be seen in the dictionary entry, the word can have other quite different meanings from those intended by Suzuki, but the Japanese-to-English translation conveyed just one meaning.

Media agencies and translators interpreted the definition "treat with silent contempt" or "take into account" (to ignore) as the Prime Minister's categorical rejection.

Americans understood that there would never be a diplomatic end to the war and were naturally annoyed by what they considered the arrogant tone used in the English translation of the Prime Minister's response.

International news agencies reported to the world that, in the eyes of the Japanese government, the ultimatum was "not worthy of comment."

Mokusatsu, a word that we could very well translate as "no comment" nowadays, or "let me withhold comments for now", was translated as "let's ignore it."

The consequences of a translation mistake

The atomic bomb was dropped on Hiroshima 10 days later.  A translation error that instantaneously killed more than 70,000 people, and some 100,000 more as a result of the destruction and radiation. Whoever it was who decided to translate mokusatsu by that meaning and didn't add a note that the word might also mean nothing stronger than "to withhold comment" did a horrible disservice to the people who read the translation, people who knew no Japanese, people who would probably never see the original Japanese text and who would never know that there was an ambiguous word used.  Other points of view, however, point fingers at the Prime Minister himself for using such an ambiguous term.