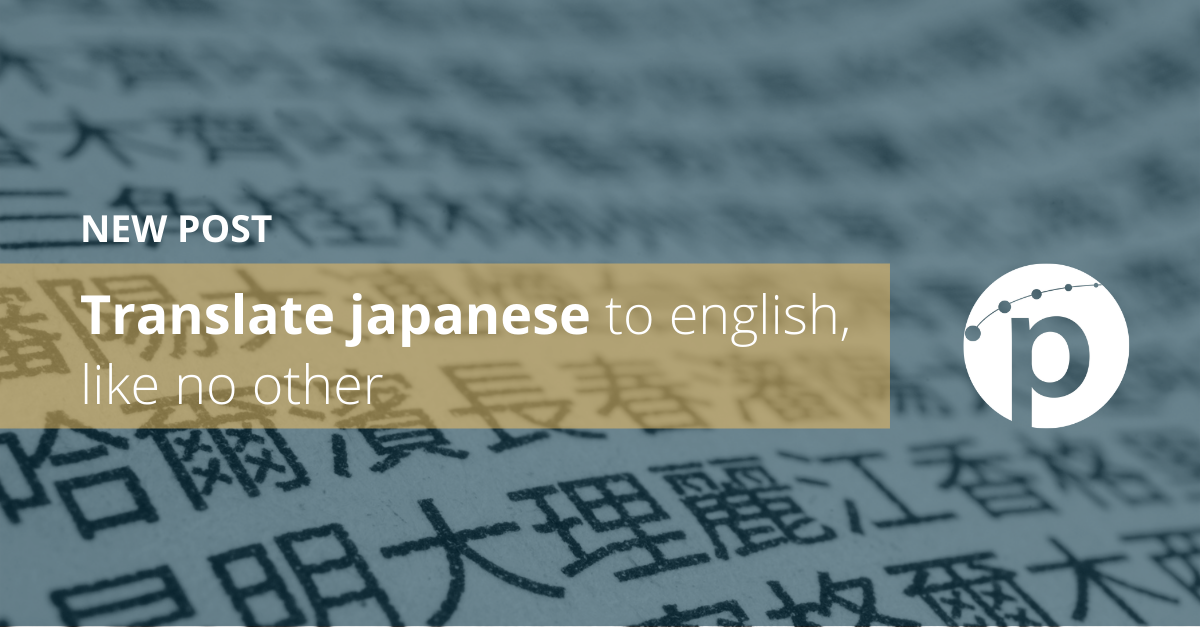 Japanese is often left out of the equation by SMEs in their efforts to gain international presence due to the high cost of translating from and into this language.

At Pangeanic, we make this an affordable process. Using our services, you can translate your website from Japanese into English and vice versa to target one of the largest economies in the world with a high purchasing power.

In Japanese, hiragana are used for words without kanji representation, for words no longer written in kanji, and also following kanji to show conjugational endings. Because of the way verbs (and adjectives) are conjugated in Japanese, kanji alone cannot fully convey grammatical tense and mood, as they cannot be subject to variation when written without losing their meaning. For this reason, hiragana are suffixed to the ends of kanji to show verb and adjective conjugations. Hiragana used in this way are called okurigana. Hiragana can also be written in a superscript called furigana above or beside a kanji to show the proper reading. This is done to facilitate learning, as well as to clarify particularly old or obscure (or sometimes invented) readings.

Katakana, like hiragana, is a Japanese syllabary and these characters are primarily used to write foreign words, plant and animal names, and for emphasis. For example, "Australia" is Ōsutoraria ( オーストラリア), and "supermarket" is shortened to sūpā ( スーパー).