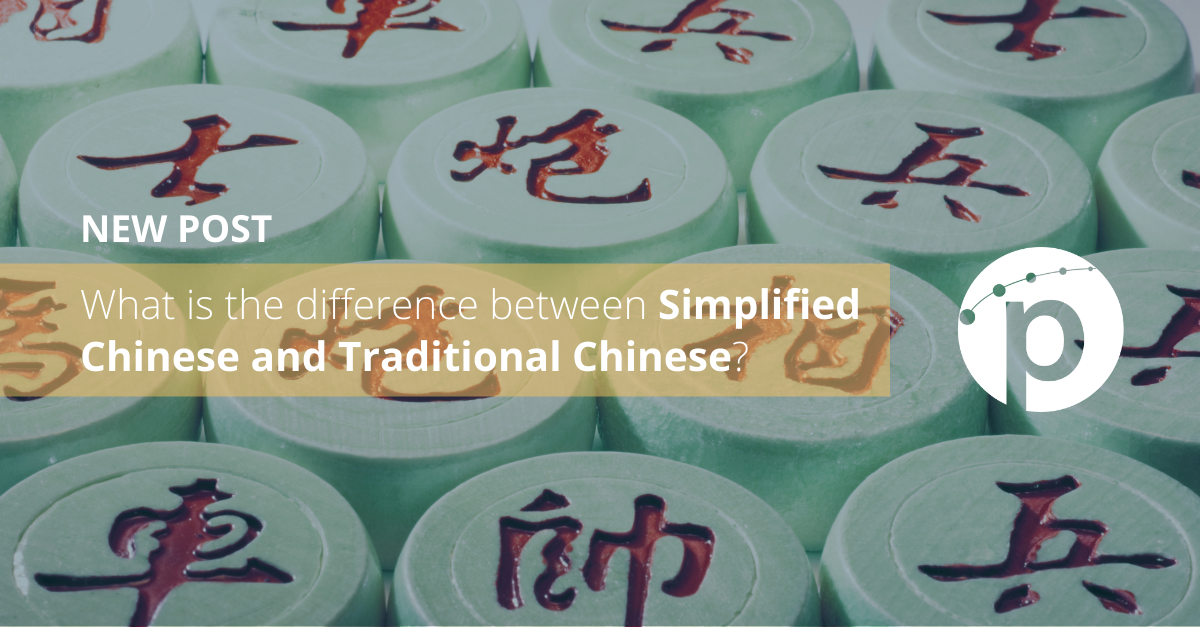 What is the difference between Traditional and Simplified Chinese?

The Chinese language opens more than one billion doors for communication. Since less than 1% of Mainland Chinese are conversational in English, learning or translating into Chinese can act as a very powerful stimulant to your business as it enables you to reach one fifth of the world's population.

"Chinese" is, however, an ambiguous term as it can refer to two distinct sets of writing systems, which are Traditional Chinese and Simplified Chinese.  Westerners tend to think of China as a single entity, but the country and the Chinese language are extremely varied.

Chinese is not a language but a family of languages

The concept of the Chinese language has been compared to the Romance family of languages. That is to say, having evolved from a common ancestor, the current "dialects" or languages are not necessarily mutually intelligible.

The vast majority of Chinese speak the "Mandarin" version (i.e. the predominant dialect that evolved in Beijing known as Putonghua, meaning "common language" or "standard language", also known as Guoyu).

Around 900 million people speak it. Chinese also has a logographic writing system, which means each character represents a particular concept. This is due to the fact that Chinese originated from pictographs, which are pictures that represented objects painted onto rock and other hard objects.

Over 3,000 years ago, Chinese was carved on tortoise shells and animal bones. Since then, Chinese characters have undergone many changes, moving from a logographic script to a complex writing system with a staggering 10,000 characters. Important Chinese-speaking communities live in many other parts of the world, especially in Europe, North and South America, and Hawaii. 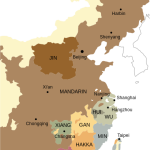 Local spoken varieties of Chinese have been conventionally classified into 7 dialect groups, largely as a result of the different evolution from Middle Chinese:

Altogether, close to 1,200 million people (or 16% of the world's population) speak some form of Chinese as their first language.

Substantial numbers are also found throughout the whole of Southeast Asia, particularly in Malaysia, Thailand, Singapore and Indonesia. Chinese is an official language in Singapore, where is it is not known as "Putonghua" but 华语, simply meaning "Chinese."

It is also the official language in Taiwan and, obviously, in the People's Republic of China. Cantonese is an official language in Hong Kong and Macau. In mainland China and Taiwan, bilingualism is a common feature. For example, in addition to Standard Chinese, a Shanghainese person might speak Shanghainese. But if they moved to Shanghai from a different region, then they are also likely to be fluent in their native region's particular dialect.

Natives of Guangzhou often speak both Cantonese and Standard Chinese. In addition to Mandarin, most Taiwanese also speak Hokkien (70%) Minnan or Hakka. Taiwan is a particularly interesting case from a linguistic point of view.

Taiwanese commonly mix pronunciations, phrases, and words from Standard Mandarin and other Taiwanese languages. Although this mixture is considered normal in daily or informal speech, it is not so in formal speech or in written texts. The official language of Taiwan is Mandarin.

What is Simplified Chinese and Traditional Chinese, then?

Traditional Chinese is the conventional or orthodox writing system that has been used by the people of China for thousands of years and does not contain any of the standardised character sets introduced by the government in 1946.

Simplified Chinese is a less complicated form of Traditional Chinese introduced by the People's Republic of China on Mainland China between 1949 and 1964. The majority of common people in China could not read Traditional Chinese due to its complexity, and the government implemented the simplified system with the hope of improving literacy rates.

The simplification process of Traditional Chinese was achieved by reducing strokes as well as merging characters. A stroke is a pen motion used to write a character. The more strokes a character has, the more complex it is. For example, the character 聽 (to hear) is made up of many strokes for such a common and simple term. Simplifying it to 听 makes it significantly easier to remember.

Cantonese is viewed as part of the cultural identity for its native speakers across large swathes of southeastern China, Hong Kong and Macau. Cantonese and Mandarin share some common vocabulary—however the two varieties are mutually unintelligible because of historical differences in pronunciation, grammar and lexicon that have developed over the centuries.

The sentence structure, in particular verb placement, often differs between the three varieties. Another notable difference between Cantonese and Mandarin is also how the spoken word is written; both can be recorded verbatim.

However, few Cantonese speakers are really knowledgeable in the full Cantonese written vocabulary. This means that quite frequently a non-verbatim formalised written form is adopted which is more akin to the Mandarin written form, resulting in situations in which Cantonese and Mandarin texts look quite similar, but are pronounced very differently.

Modern Chinese usually involves two main dialects or forms of writing: Simplified Chinese and Traditional Chinese. Efforts to increase the literacy rate that began at the end of the 19th century resulted in the People's Republic of China (PRC) adopting the decision to simplify the written Chinese language in order to make it easier for the general populace to read and write. This was the beginning of the two different versions of written Chinese: Traditional and Simplified Chinese.

The difference between Traditional and Simplified Chinese

Some characters were simplified by substituting all occurrences of a particular component with a simpler variant. Other symbols that had the same meaning were merged into one to reduce the total number of characters. Other characters remained unchanged.

The repeal of the Second Scheme began the new trend towards Traditional Chinese in 1977. In general, at a glance, Simplified Chinese characters are less differentiated from each other because of the simplification of their shape. 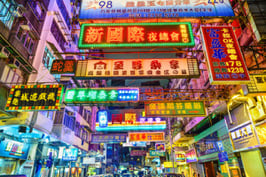 In both Taiwan and Hong Kong, Traditional Chinese characters are seen profusely in advertisements, slogans, signs, and even television subtitles. Several universities have made the switch to using and teaching in Traditional Chinese because students were not able to understand the Simplified Chinese.

Traditional Chinese or Simplified Chinese in translation – which one should I choose?

Geography will help us here: Simplified Chinese is used in mainland China (PRC) and in Singapore. If you are targeting Hong Kong, Taiwan, or Malaysia your choice should be to use the Traditional Chinese.

And what if I need to translate an app into Chinese?

However, a computer with a Traditional Chinese operating system can recognize only the Big 5 encoding and it will not display Simplified Chinese (GB).

Which Chinese translation service is right for you?

For translation buyers, the difference between Traditional and Simplified Chinese can cause confusion when choosing the right translation service. The first procedure would be to define your target audience. Do they live in mainland China, Hong Kong, Taiwan or Singapore? If you want to target Hong Kong and Taiwan, you should pursue Traditional Chinese translation. While if mainland China and Singapore are your objective, then you should opt for Simplified Chinese translation.

Pangeanic Translations provides the experience and depth of resources that will allow you to successfully market your products in either Simplified Chinese or Traditional Chinese.

You can rely on our twenty years of experience helping some of the world's best known brands and skilled personnel to translate documents and localize apps and software for the Chinese marketplace. Pangeanic Translations provides the highest quality translations at the most competitive pricing.

We proudly develop language tools to manage every job electronically and securely, store every translated sentence in state-of-the-art databases so all your content, on any platform or channel can be retrieved at any time and you will never pay for the same sentence twice!