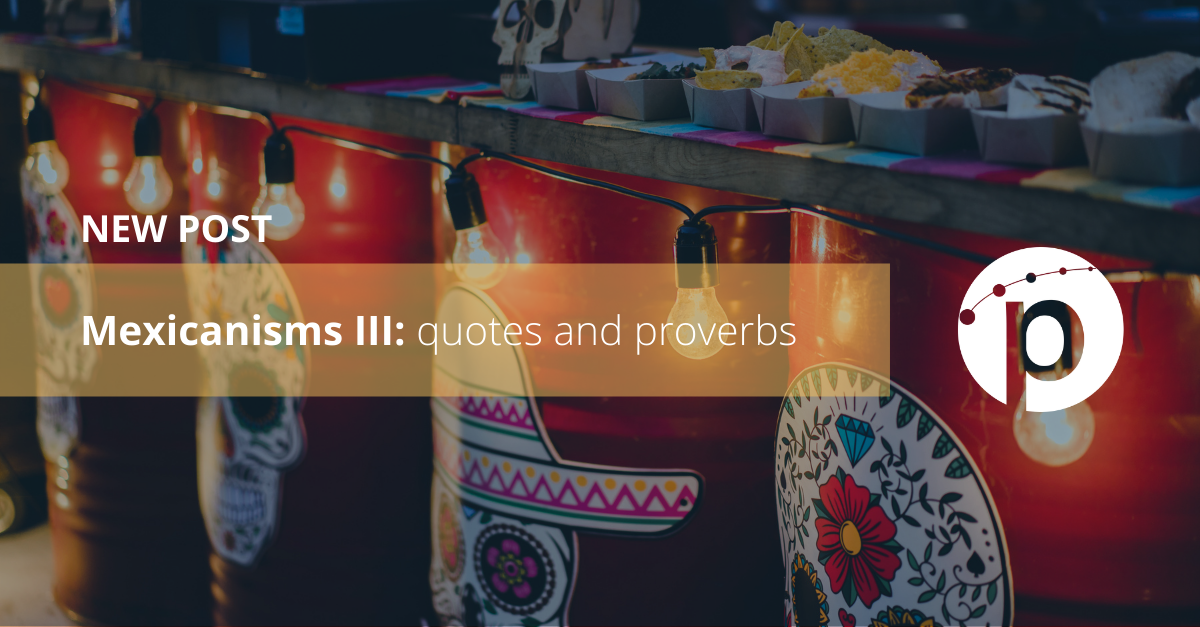 The last Mexicanisms post of the series, in which you can learn some of the most popular Mexican proverbs that make Mexico a linguistic driving force in Latin America.

But before that, remember that we have aimed to be as thorough as possible in conveying the most accurate meaning of these expressions, but if you know of any other variants or definitions that are worth taking into account, feel free to let us know!

Unlike other Latin American countries, Mexico has a particular tendency to stray from the use of typical Spanish expressions; local expressions (which logically include Mexican slang) tend to carry more weight. These proverbs complement the ones used in Spain which we’re already familiar with, and are a practical and efficient way of learning about the country's popular culture.

Let’s take a look at the most common ones that may surprise you.

As we said originally, Mexico is like a treasure chest, in the sense that it still uses words that other countries have lost over time. Not to mention, even the linguistic exposure to English has not managed to break those Mexicans that continue to be proud of being Spanish speakers.

Whether you’re going to travel to this country soon or if you’re simply interested in languages, you must always bear in mind that for Mexicans, it is completely normal to mix up different languages which have formed their own way of speaking Spanish.

Fortunately, and for this reason, there are still towns in which only the two indigenous languages are spoken. With all of that being said, we believe that having thoroughly delved into the world of Mexicanisms in this article has been very worthwhile, both for increasing our vocabulary and discovering other words that were popular in Spain a couple of centuries ago.

By studying them, understanding their meaning and analysing their etymology, you’ll realise that Mexican Spanish and Iberian Spanish are simply sibling languages separated by an ocean, and that they still maintain stronger bonds than you would think.