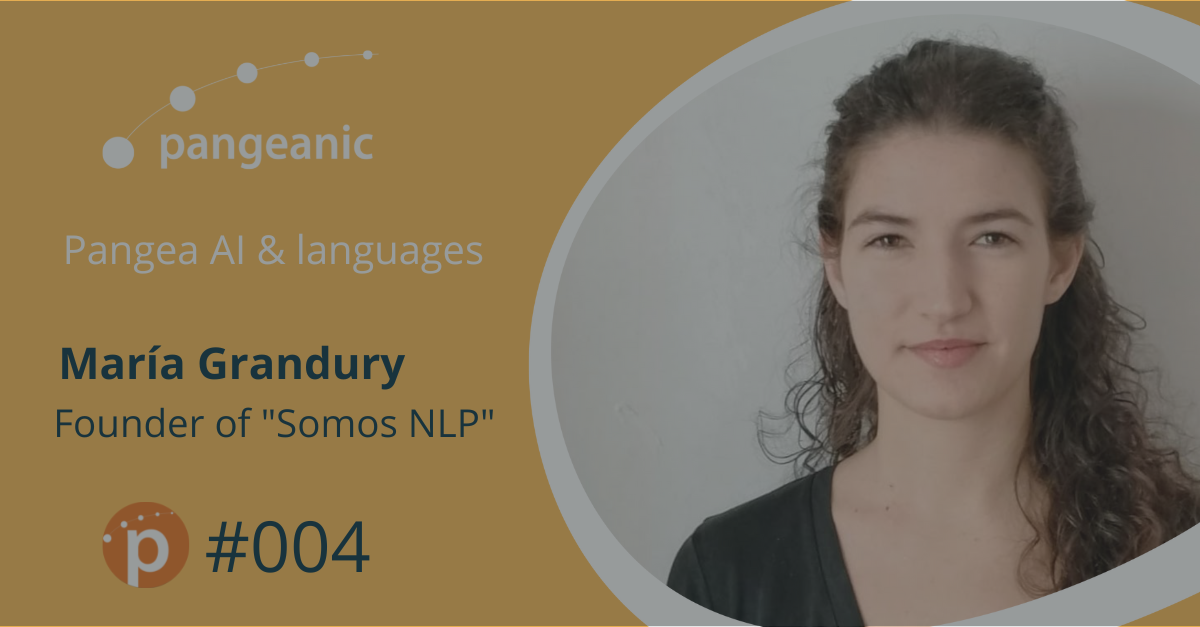 At the young age of 25, María Grandury has already made a name for herself in the field of Artificial Intelligence in Spain. Just two years ago, in the middle of the pandemic, she was finishing her double degree in mathematics and physics. During her undergraduate years she had the opportunity to do an Erasmus exchange in Paris, and it was one of her professors there who introduced her to the world of Artificial Intelligence. During the pandemic, she was working on her mathematics dissertation, which was focused on the development of a chatbot for answering COVID questions. Thanks to these factors, she finally chose Artificial Intelligence, and more specifically Natural Language Processing (NLP), as her career path.

She currently lives in Berlin, where she moved to work at Neurocat. "At one of my talks, I met the CEO. He is the same age as me, and I thought it was an interesting initiative."

Neurocat offers innovative solutions to ensure compliance with safety standards and comprehensive data coverage of AI systems in the automotive and mobility sector. "We check to see if a model is robust, explainable, and ready to be put into production," explains María.

"The client shows us their Machine Learning or NLP model, and what we do is try to attack it. For example, for testing self-driving cars, snow is added to the images to see if the model is capable of differentiating between people, vehicles, etc." Using their own software, they identify vulnerabilities and data gaps in perception functions in order to mitigate risk.

When she first moved to Germany, during her free time, she immersed herself in everything related to NLP: "I wanted something for a project, and I couldn't find anything in Spanish." For this reason, she decided to create a Slack group "with the aim of developing useful resources," and she named it "Somos NLP" (We are NLP). It was the beginning of a community that now has 850 members.

Somos NLP (somosnlp.org) is made up of Spanish speakers and aims to democratize NLP in Spanish. They create open resources, develop NLP courses, and they even "organized a Hackathon in March 2022, which was a great success." The idea was that the projects had to be linked to any of the UN Sustainable Development Goals. Over 500 people participated in this initiative.

María stresses that there is a significant gap between Spanish and English in relation to Natural Language Processing. "It is better than two years ago because before we had a great language model called Beto, developed at the University of Chile, and since a year and a half ago we have the Roberta model, developed by the Barcelona Supercomputing Center, as well as Bertin and Rigoberta." But although there has been significant progress in this area, "the quality of official databases needs to be improved."

María is committed to promoting "the state of the art of Spanish language processing because it is the second most spoken language in the world." For this, she believes it is necessary to implement the "PERTE de la economía de la lengua" (Strategic Projects for Recovery and Economic Transformation in the field of language), which is an opportunity to take advantage of the potential of Spanish and Spain's co-official languages.

The gender gap in the field of Artificial Intelligence

María Grandury is very aware of the importance of reducing the gender gap between men and women in the field of Artificial Intelligence. "The gender gap has been clear to me since the very beginning because there were already very few women studying for the double degree." Since completing her studies, she has participated in initiatives that promote the incorporation of women in this field and give a voice to projects developed by women. She began in the "Women in AI" initiative, where she "was part of an accelerator project of startups founded by women." Later, back in Germany, she joined the "Women in AI and Robotics Germany" initiative, where she "helped organize events." For example, they "organized one on Artificial Intelligence and art, which is very fashionable."

María believes that these actions, as well as encouraging women to enter STEM careers (Science, Technology, Engineering, Mathematics), help to "deconstruct the stereotypical image of the geek in front of a computer."